I decided that the first post on my new blog would be about one of the main characters of Ever After High - about Apple White. 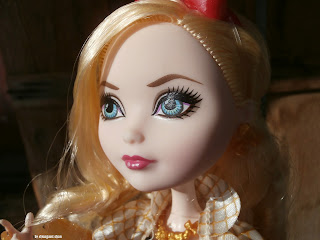 Here she is, still in her box (as you can see, she is neither english, nor czech edition) 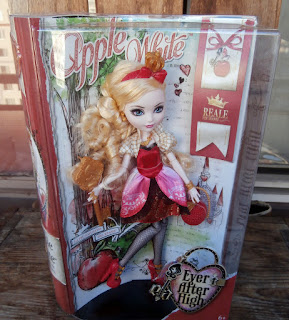 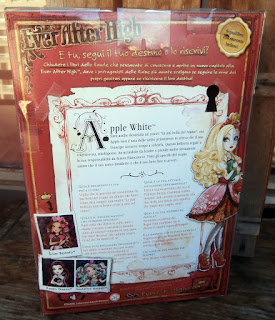 In the bottom lef corner, you can see the rest of this edition: Briar Beauty for the Royals and Raven Queen and Madie Hatter from the Rebels. 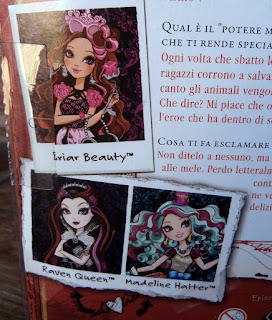 And here is a detail of her boxart

Apple is daughter of Snow White, so she is "the fairies of them all". In this version of fairyland, her mother is the Queen of all fairy-tale creatures, so Apple is as "princessy" as she could be. 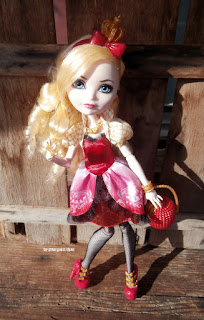 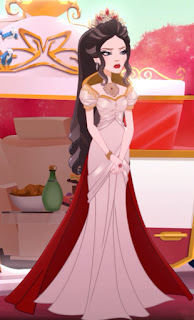 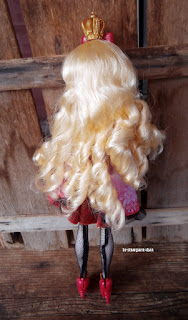 Aside from her beautiful hair, Apple has blue eyes with smokey eyeshadows, pink lips with three silver dots. 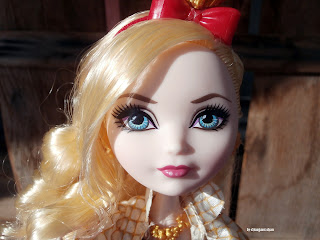 In her hair, she has a red headband with a big red bow and a golden crown on top (which has a little apple on top) 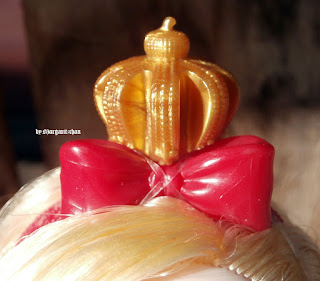 the headband has ornaments on side 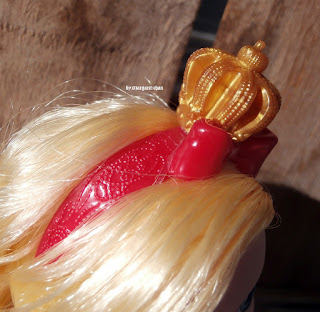 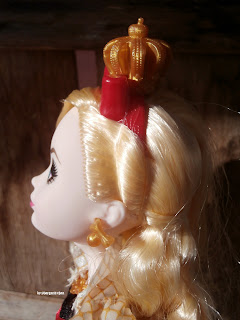 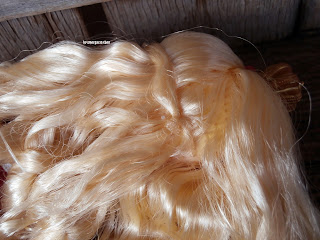 Her golden crown goes well with her earrings - golden bow with a little apple (perhaps). 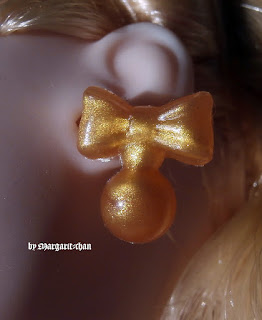 And with a golden bow-ring. 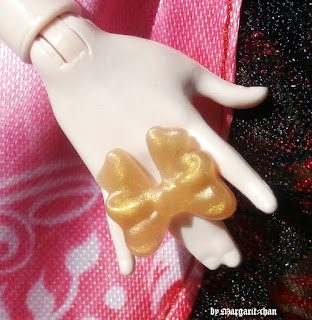 And asymetrical necklace with chain, a bow on the side and... little apples? 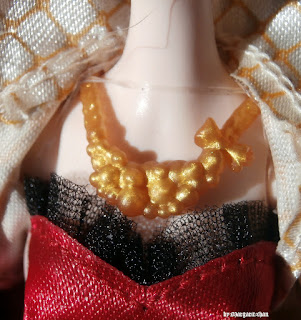 And a golden bracelet (full ring) with a little bow. 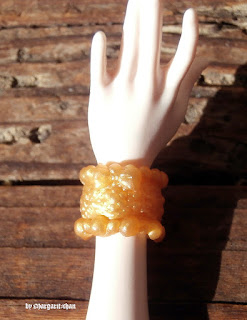 And even her purse is apple - a red one with gold leaf . 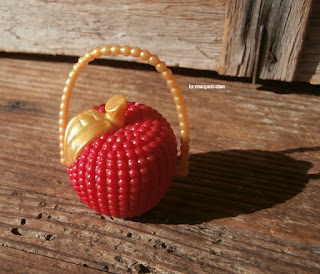 Unlike most of other basic EAH purses, this one can be opened. 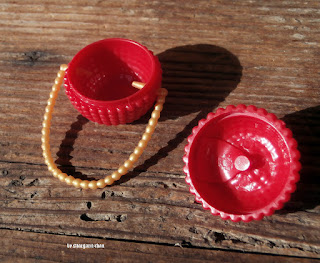 Even her shoes are red with apple features and gold bows. 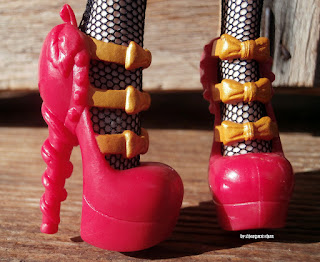 Her dress has a red top with a black tulle lining and two layered skirt. 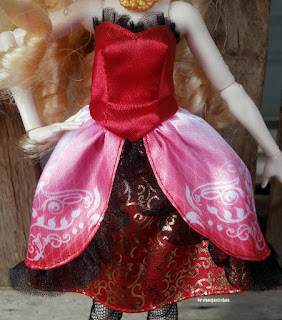 She has two "half skirts, gradient frm light pink to red, with white ornaments and with black tulle lining. They are similar to Briar's skirt-petals. 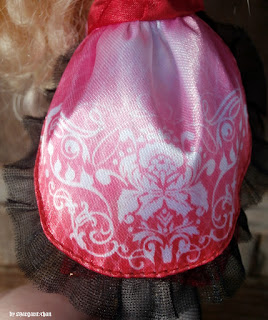 These two petal-skirts are not connected - neither in back, nor in front. 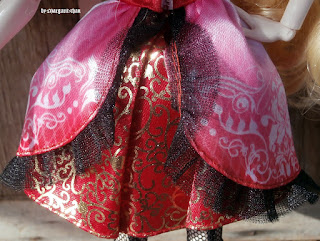 The skirt itself is red with golden ornaments with apples. 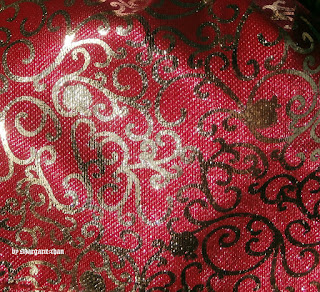 Over the dress, she has a white bolero jacket with goldem imprint. It has puffy sleeves and a colar.

The colar could be up or down, but it has inprint only from the front side. 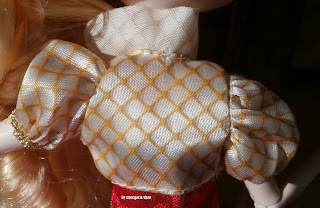 And here she is without the bolero jacket. 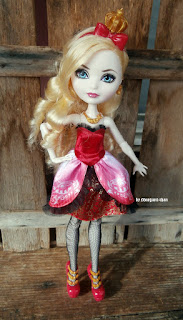 And finally a few comparison pictures of Apple and Blondie 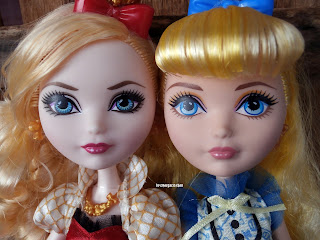 Because Apple got a "snow-pale" skin, just like her mother, she is way paler than Blondie. 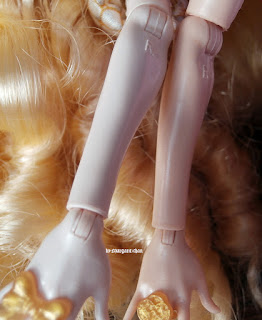 And while Apple has platium.blonde hair, Blondie's hair is more "golden", less platinum with yellow streaks. 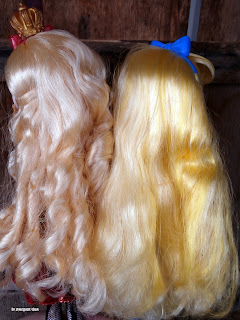