I was waitning for more than a year for the pixies, and ehen I seriiously considered ordering them online from abroad, they suddenly appeared in one shop here - and the snow ones even on sale!
So here is the bear cub: Veronicub. 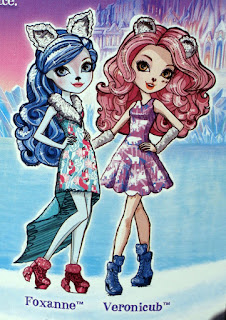 Foxanne and Veronicub are two pixies from the last EAH movie "Epic Winter". They do not appear much in the movie, but they are seen helping the main character and often lacing her shoes. Foxanne is a snow fox, Veronicub is a polar bear.

Here she is in the box:

The box is the same as the new "budget lines", but since the Pixie is smaller, she is tied higher in the box, so she looks almost of the same heiht as "normal" EAH dolls.

The box has icy crystals from the side of the box

Even the inside of the box looks all icy - with Crystal's castle at the back. 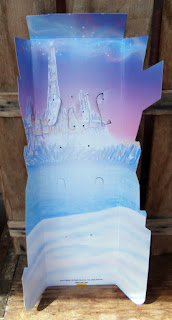 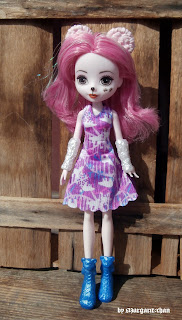 Veronicub has a light pink skintone, brown eyes and light pink eyeshadows. Even tho that she has pink hair and black and brown eyelashes, and pink fur, her eyebrows are brown. Under her left eye she has two brown pawprints. Her lips are red and she is smiling. She has black painted nose. 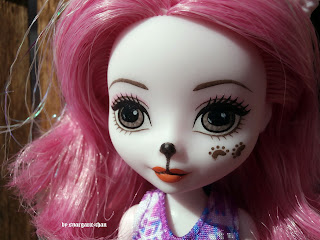 Her hair is pink (two different pinks) with tinsel in the parting. Her hair is loose and it is as badly cut as Foxanne's. 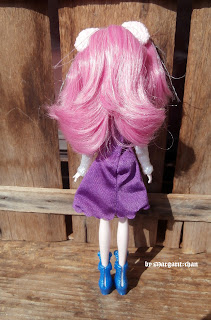 She has "fluffy" bear ears on top of her head (even tho she has "normal" ears. 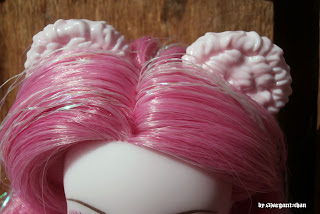 The foxy ears are not on a headband, but they are directly on her head. They are on pegs and they are inserted directly in her head. I guess the could be removed, if someone wanted, but recon there would be big holes left. And because she doesn't have much hair, I guess these would be visible. 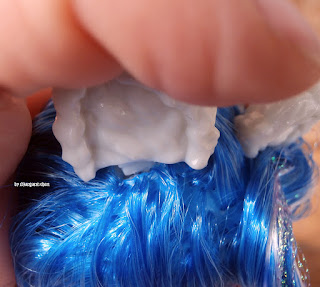 On her arms, she has a "fluffy" armbands made from pearl-white plastics. 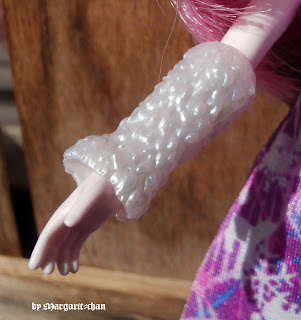 They are cut all through 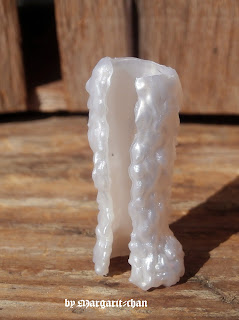 Veronicub wears a short sleeveless dress in violet color with polar bears, snowflakes and icycles. The back of it is in plain violete color (as you can see in the picture above) 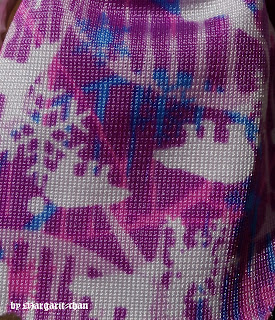 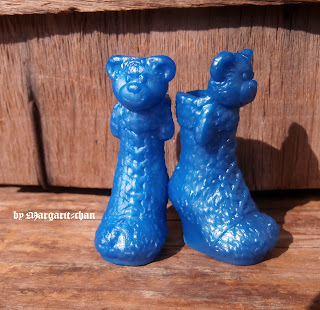 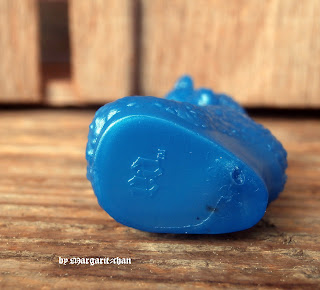 That would be all fopr Veronicub. If you want to read something about anatomy of the Pixies, you can find that in the article about Foxanne.
Vystavil Margarit v 12:33