After Mattel released Gooliope, who is supposed to be a giant, they released even "tall" versions of 4 other characters in their "basic" forms - Frankie, Draculaura, Clawdeen and Elissabat. They weren't here in shops and I desperately looked for them everywhere, but didn't have any luck. Finally I found Eliss and Frankie in Nürmberg in December and then they appeared in one of our shop few weeks ago.

So here she is - Draculaura. This is the version with smaller box - there is another version where the dolls stand. 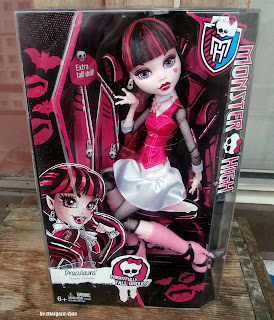 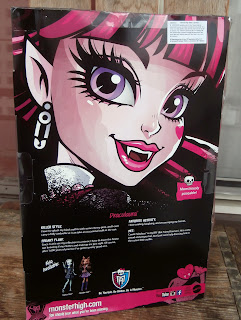 And here she is outside the box 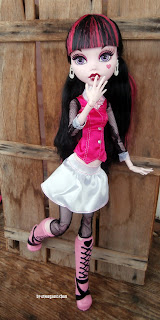 Over all, she looks almost like her basic release (not like the original one, but like the last re-release - the one in the "budget" box, without parasol and pet, with pink stand).

She has black hair in two long pigtails with pink streaks and with bangs. She was tied to the box so her hair is in a little bit of a mess. 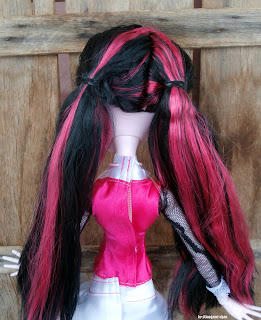 She has big violet eyes, pink eyeshadows (with a lot of glitter) and much lighter lipstick than her original version (even the shape of her eyes is different - she is overal much sweeter and cuter). 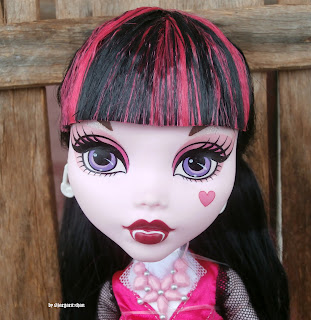 Her earrings are white safetypins 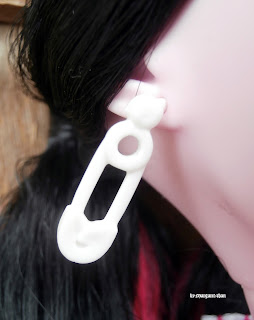 Her necklace is not transparent like the original one, but at least it has painted details. 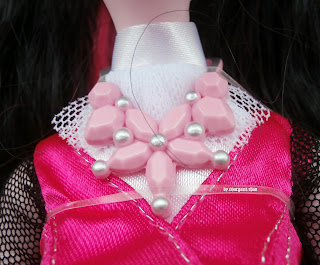 She wears a pink sleeveless jacket with white collar and with ruffle, with black fishnet sleeves with white cuffs. She doesn't have real buttons like the original release or printed ones like the last re-release, but she has some glued metal buttons. 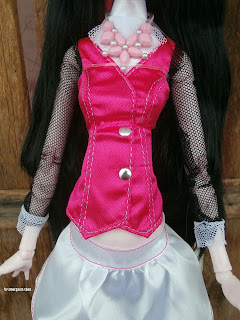 She has short white skirt with pink lining. The skirt is neither pleated nor ruffled anymore. She also has black knee-high fishnet tights. 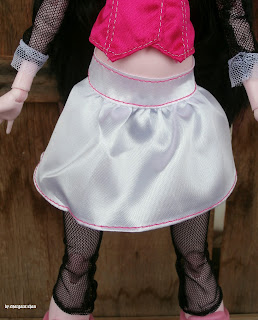 She has a short black strap, so the skirt does not go too much upwards. (Beware, a bit indecent picture!) 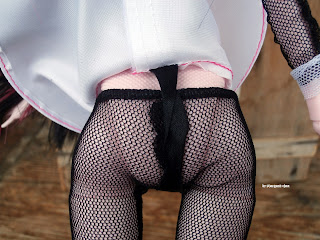 She has pink knee-high boots with black laces and black painted heart (the original release had the heart painted in silver with black lining and she had silver painted platforms and heels). 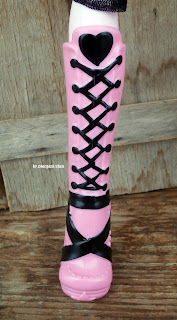