Dead Tired Draculaura was my third Ula, which I bought.

Here are pictures of the original release

At that time I discovered two different versions of Draculaura in shop - one with bigger eyes, one with more narrow. One has her heart right under her eye, the other is far lower. Sorry for the bad picture, it was taken by my phone. 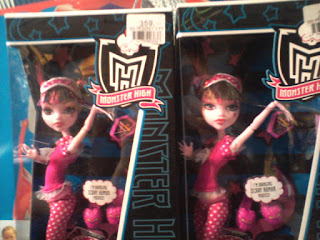 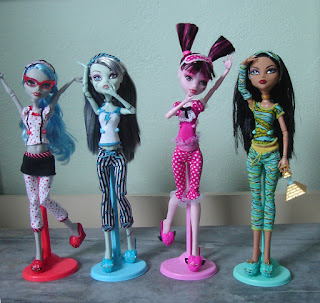 And here is just Draculaura, with her hair down - but if you want to do this, you need to look for Draculaura with hair as long as possible, because they do not have their hair  of the same lenght! 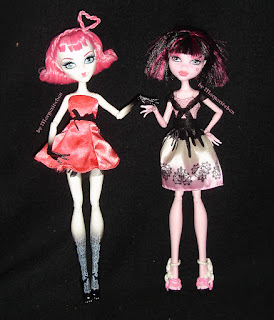 And another try on that - this time with a ton of hairgel. 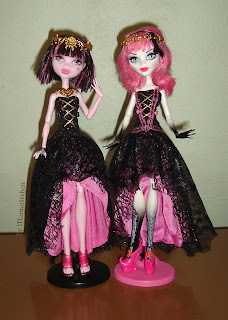 Last year we gor a re-release of Dead Tired - but just Frankie, Ula and Cleo - no Ghoulia, no Clawdeen, no Lagoona. 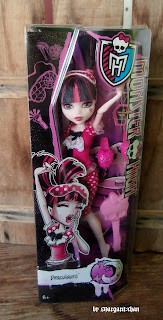 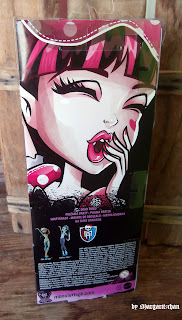 ANd here is the inside of the box - you can see Ghouliaš brainpuffs and Cleo's night light.

And here is new Lala. Even tho she has a hairbrush and her DVDs, she has no stand. 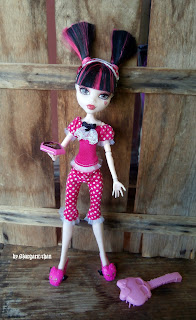 She was the first Draculaura with short hair. In fact, she is the only Ula with really short hair. Her hair is black with pink streaks - as usual. She has bangs (with a ton of hairgel) and two short upright pigtails (no hairgel, the hair is so short, that it stands on its own). 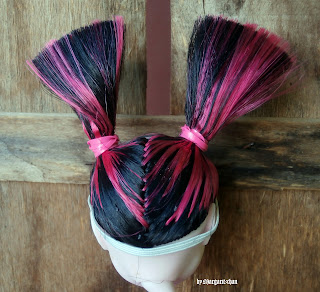 She has light pink eyeshadows with darker line and pink lips. 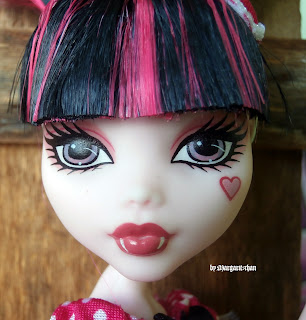 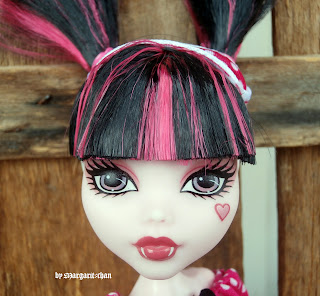 As well as the rest of her series, she is wearing a pajama. Hers is pink with white lace ruffles and white polka dots. 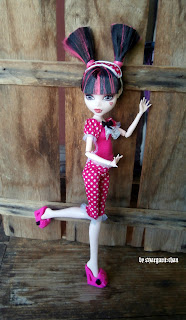 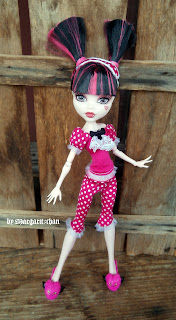 The top is pink, with white polka dots only on the balloon sleeves. Those have white tulle ruffles at the bottom, as well as the bottom of the shirt. It also has a white lace ruffle at the neckline and a black bow. 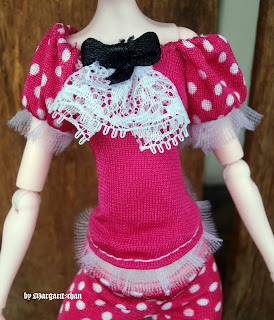 She has matching pants - pink with white polka dots, with white ruffle at the botom. 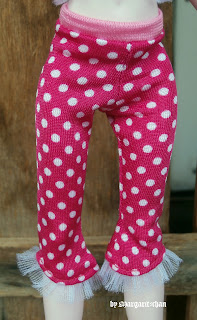 And she has a matching sleep mask - pink with white dots and with white lining. 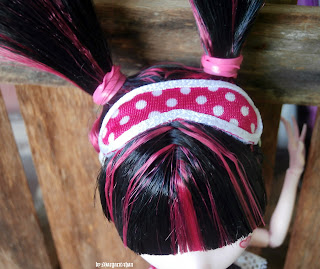 It's attached on both sides of her head with little plastic Ts. 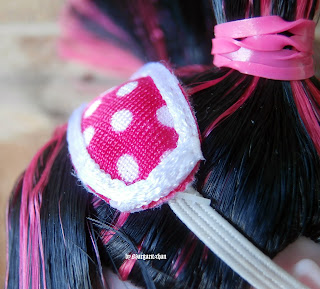 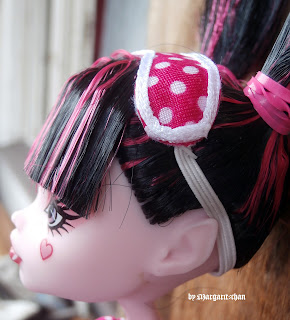 As all the other ghouls, she is wearing fluffy slippers - hers are vivid pink with little black bat wings on both sides. And with vampire fangs. 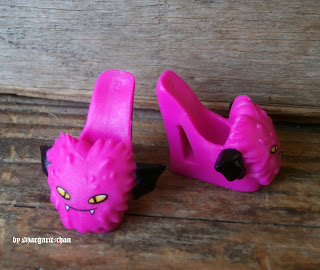 She also has a coffin-shaped DVD case with "Scary Human Movies". 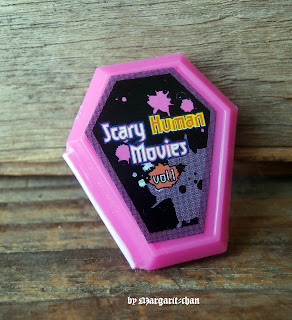 You can open the box and there are two discs inside. 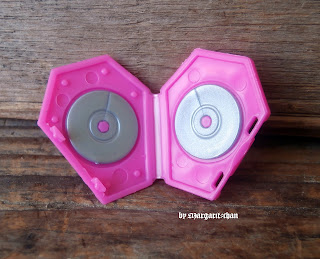