Melody Piper je daughter of Pied Pieper. This story is one of my all time favourites, so I really wanted her, but she wasn't in shops here, so I hoped I would get her during our two trips to Germany, but I had no luck - only tons of Meeshell, nothing more. So I had to get her online - and after a few failures, I managed to snatch one from GB (this one was lucky enough and arrived safely, not like the two other dolls that dot lost during the Global Shipping Progam -_-).

So here are her in-box pictures 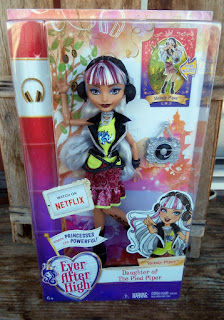 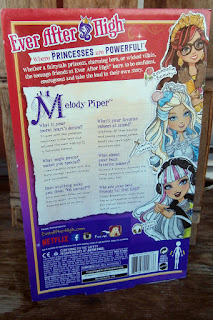 And detail fo her box-art 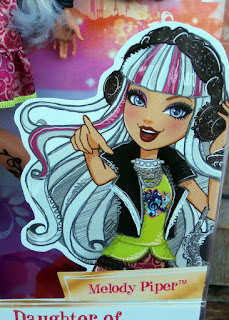 All the EAH dolls (or atleast all the basic dolls) used to have a bookmark-diary, but since Mattel is going "chaper and cheaper", this girl got just a mittle carboard card (which is on the box marked with a big arrow and text "Story inside" - well, if you say so...). This girls also has no brush and no stand. 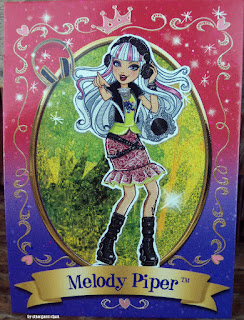 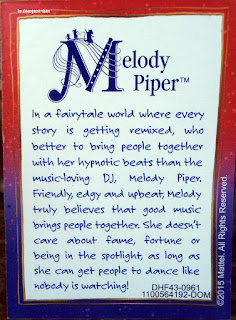 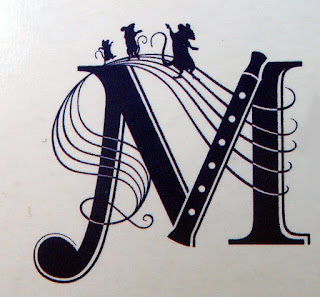 And here is Melody herself 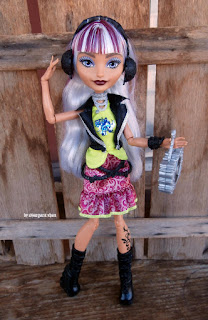 Melody has a darker skin than most of other dolls, darker than Cerise, but not as dark as Justin. She has long hair with bangs, white with dark purple-red streaks. 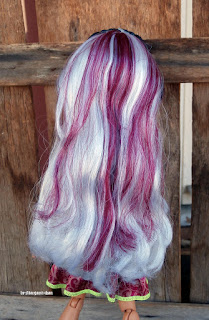 She has purple-gray eyes and eyeshadows, brown eyebrows,  her lips are of the same color as the streaks in her hair, just a bit darker. Her head has a bit different shape than other dolls (which means she actually have some shape, yay!), which gives her something like a little smirk. 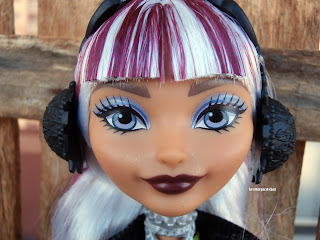 She wears something, that looks like a neon-yellow shirt with a treble clef  and a black sleeveless jacket with a silver "zipper". 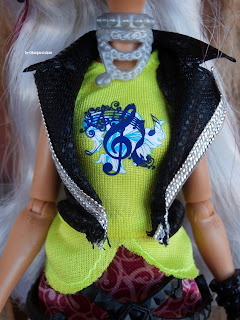 and red skirt with ornaments (including treble clefs) with a ruffle and a striknig yellow trim. 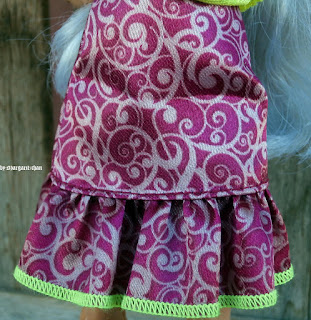 Which is actually just a one piece. 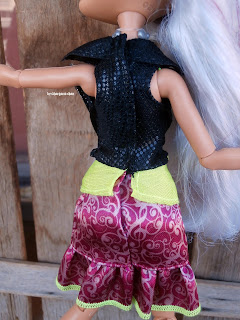 She has a silver necklace 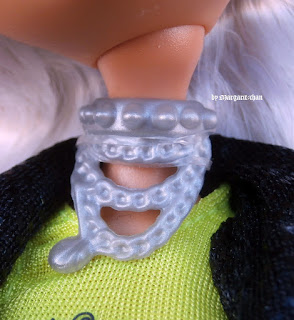 and a blak bracelet in similar style. (a full circle bracelet, so you have to take her hand off, if you want to remove it) 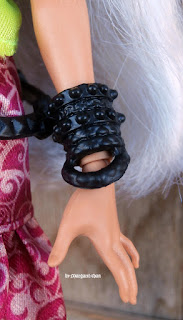 She also has a belt, which pretends to be two crossed belts, with notes and a treble clef. 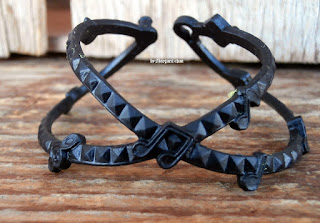 As a true bad-ass girl, she has a tattoo onher lef leg 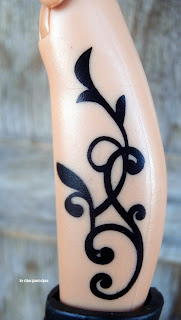 And she wears a knee-hing boots wit so much details!

The heel is made of treble staf. 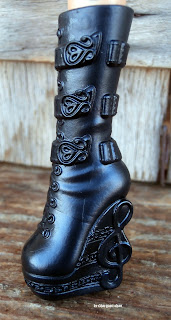 She also has a purse, which looks like a mixing console. I know it's not much visible, but the medailon on the top is the girl from EAH's logo. 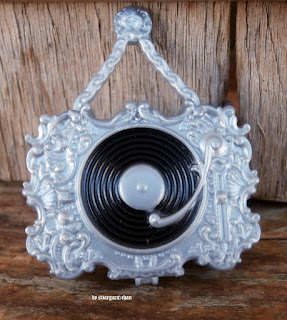 It can be opened 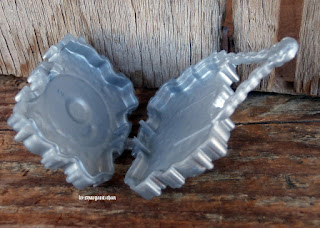 With the mixing console and her love for music and the fact that she is a DJ, she obviously need headphones. They are black with a lot of thorns and ornaments. 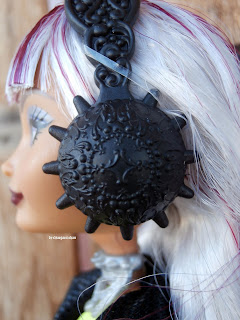 They are attached to her head with a clear rubber band  attached to the plastic T, which she has at the top of her head. You can see here that has less hair than she should have. 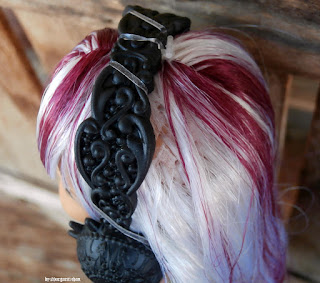