Batsy Claro is one of the last of new character from the old lines - together with Isi Dawndancer and Kjersti Trollsøn.

Here is the box 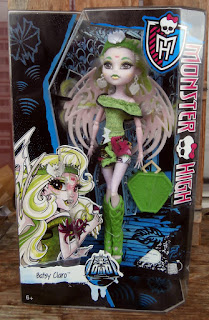 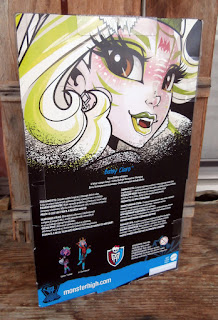 Batsy  is daghter of a fruit bat (most likely it's closest  to Honduran White Bat). She is white with pink pearl shine (which is more visible in person than in the pictures) and her main color is green and main motifs are green leaves. 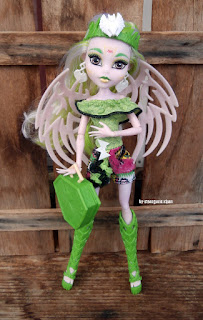 As one of the few monsters, she has big wings (not small ones like Rochelle). The wings are pure white (you can see the difference in the picture). The wings have very beautiful shape. Here is how they look from the back. 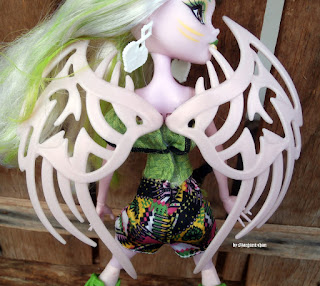 And here are just the wings 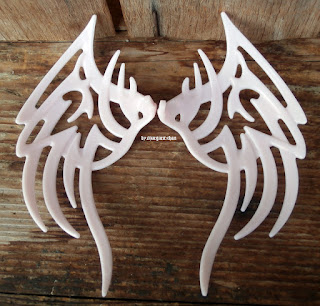 The pegs are the same as Rochelle's, CAM dragon's or so - and Batsy has two holes in her back. 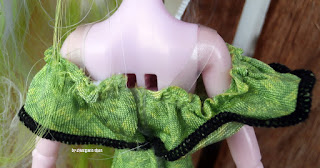 And here is Batsy without her wings. 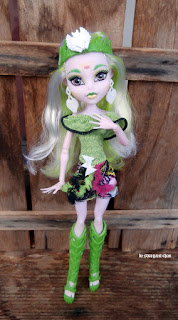 Batsy has big brown eyes, yellow and green eyeshadows and the same yellow and green lips (in a bit of unusual shape). She also has two little fangs. She has green eyebrows (with painted details) On her cheeks, she has yellow paintings, on her nose and forehead, she has white marks (to look like bat's nose), white dots under her eyes and a little red bat on her forehead. You can see that the pain is not perfect :( 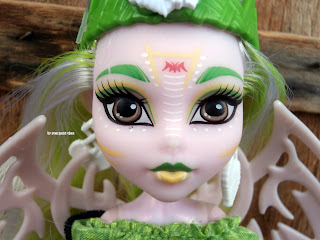 She has almost white hair with green streaks with unusual hairstyle. 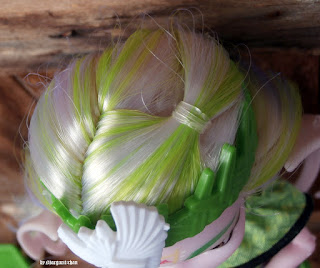 She has a green "grass" crown with a little grass-bat in front. 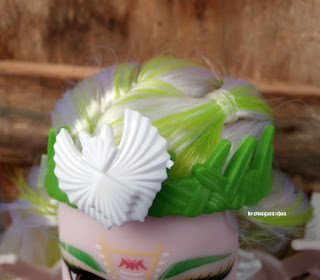 The crown has a button at the back. 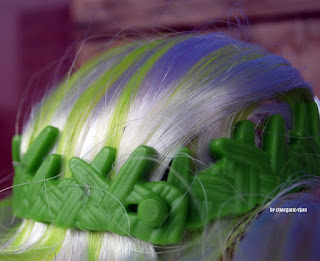 and is secured to her head with two plastic Ts, but unfortunately, the crown is pierced on another three spots. 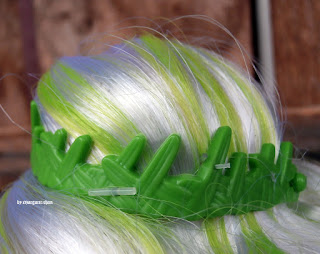 At her earrings, we can see the same bat as on her crown - but the earrings are longs and whenever you move her head, they start to make mess as they clash with her wings (you can see that in the picture with detail of her face, where I forgot to fix it). 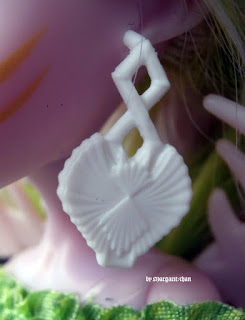 The same bat can be seen on her purse. 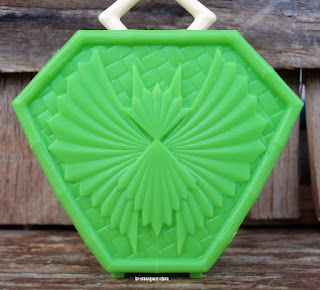 The purse has nice "grass" details. It can be opened. 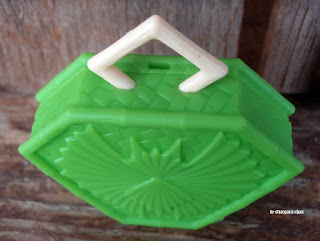 The same green and "grassy" as her case and crown are her high boots.

She wears short overal. The top is strapless (it does have those "invisible" straps) "grass" green with big ruffle. At her waist, she has three tulle straps - a green one, pink one and black one - and a white stylised bat. 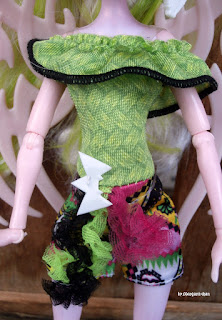 The shorts are very colorful. 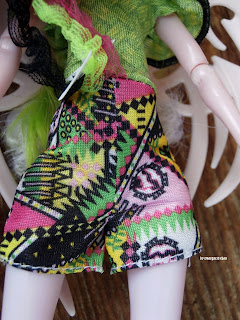 Batsy also has a black stand and a diary.