I decided that I need to make my own Seth Ptolemy, when I found that Mattel won't release him officialy, even tho has had such a important role in the Boo York! Boo York! movie.

As a base doll I used Hunter Huntsman from Ever After High. 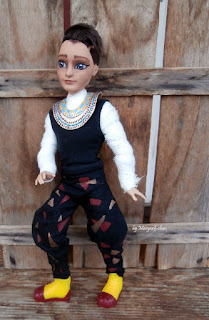 He got a brand new faceup and I neede to use some shades to make his facemor "egyptian", as well as I needed to fix his hairline and trim his hair a bit. 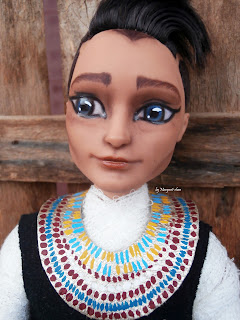 I also needed to "shave" the ornaments on the side of his head. 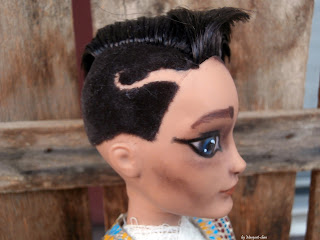 And voilà! Hunter is now Seth! 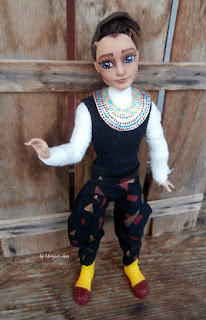 Seth was originaly supposed to marry Cleo, but he wasn't much happy about it. 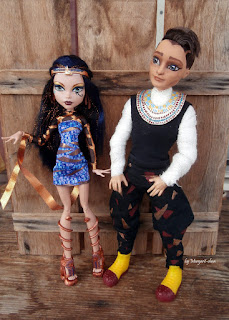 But he does look great together with some egyptian princess! 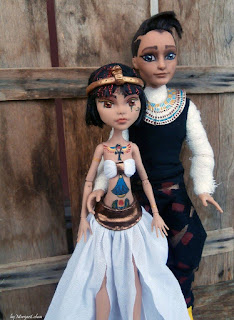 But anybody who has seen the movie knows, that there is only one ghoul for him - Catty! 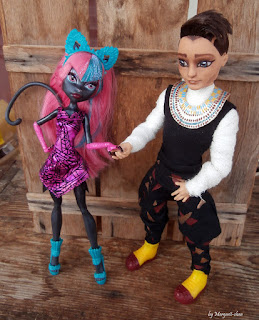 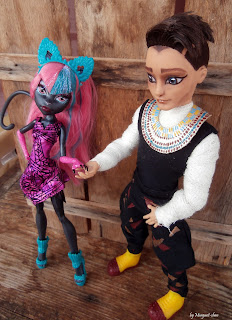 Aren't they adorable together? 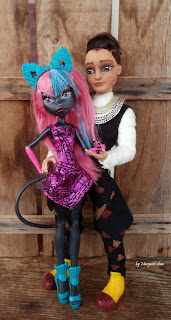 And here is a pic of Gory with Seth, because even she will never get and official doll. 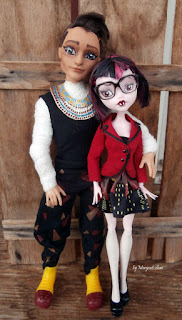